The Olympic Games are recognized as one of the biggest international set of competitions in the world. They unite nations and inspire kids to follow their dreams.

I just recently had the honour of representing the Canadian Olympic Team in Sochi, Russia in the discipline of freestyle aerial skiing. Although not quite the result I was hoping for, I walk away with my head held high and my sights set on future goals both in and out of sport. After all, finishing 7th isn’t so bad! I had the most incredible experience of my life and am excited to share with you all my Top 3 moments from a personal perspective. Thanks for sharing the dream with me and always going ‘beyond what is normal’. 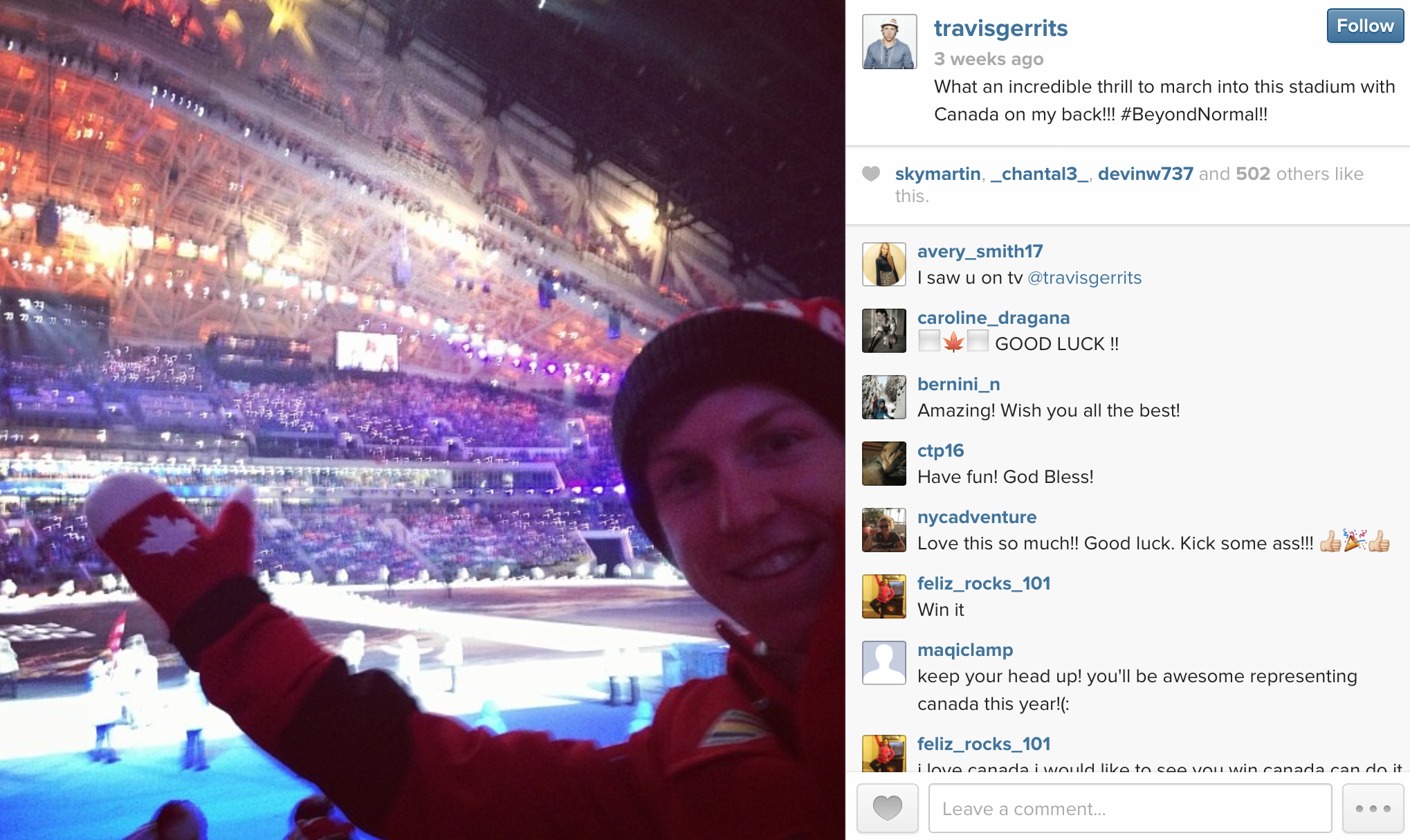 The Opening Ceremonies are one of the biggest shows on the planet, with a massive audience – and I was a part of it! Marching in amongst my 220 Canadian teammates made me feel proud and accomplished. It was the realization of a life long dream I had. “I am an Olympian now” I told myself. 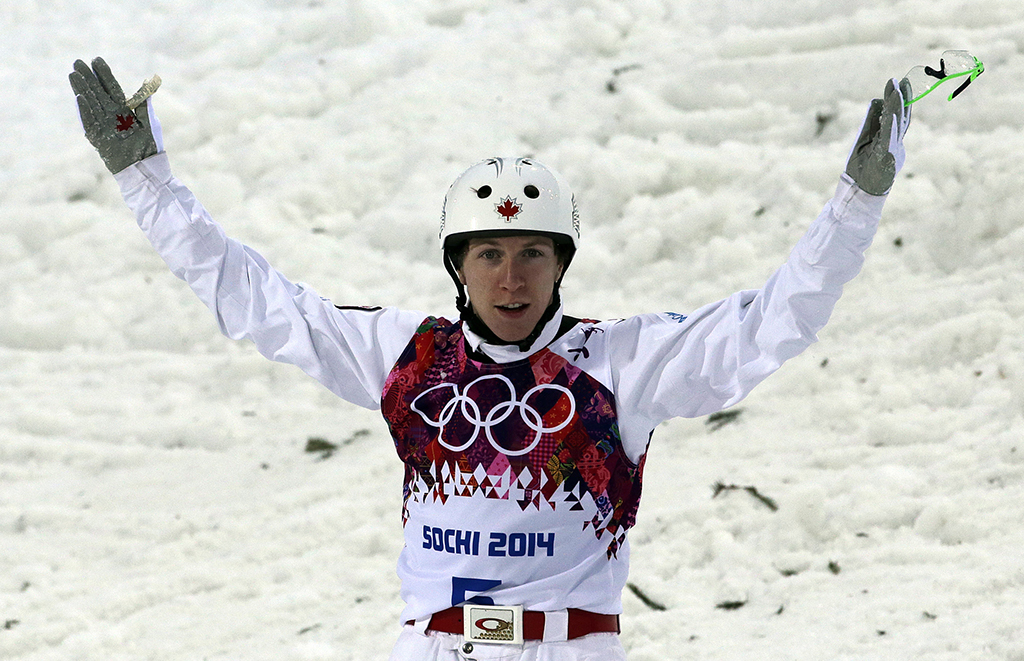 I do triple backflips for a living, in some of the craziest conditions on this planet. There was no place I would rather have been than standing at the top of the in-run looking down at a 4 meter tall jump, knowing I was sending myself 50 feet in the air with the whole world watching. It was at that moment where I felt no stress, nor anxiousness, just the sense of comfort I had, knowing I was prepared for whatever was to come next. I love this sport.

3.     Meeting my family at the Canada Olympic House 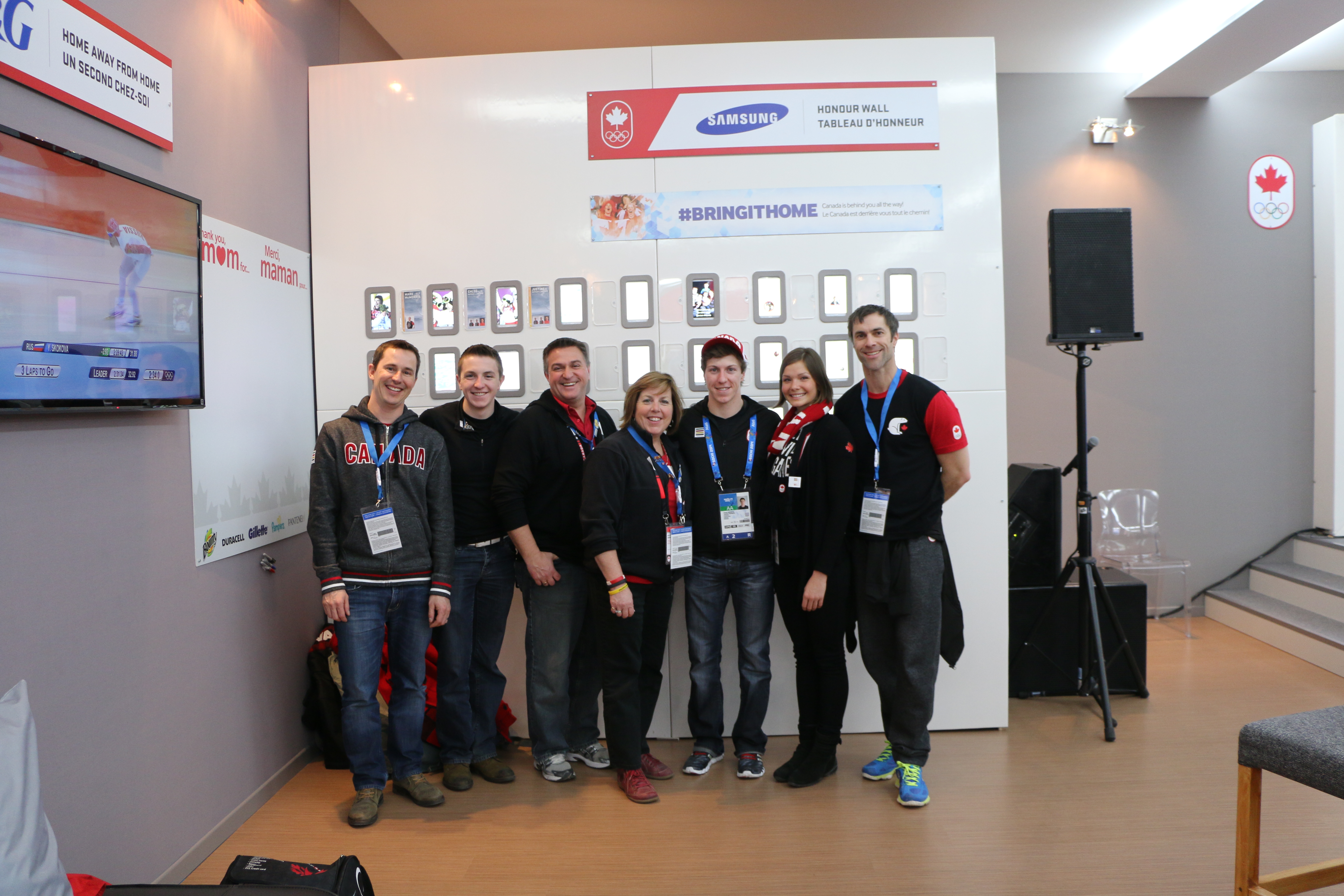 To have had the opportunity to have Heather, Rob, Tyler and Catherine (mom, dad, bro, girlfriend) in Sochi, cheering me on was the most amazing reassurance ever. The Canadian Olympic Committee and the Canadian Freestyle Ski Association did a fantastic job of accommodating them and providing me with the environment I needed to perform. Canada Olympic House or more commonly known in the Olympic world as COH was a place where Canadians could go and feel at home. With big screen tv's set up everywhere, comfy couches, delicious food and yes cold beer, it was a great place to go to relax and encourage Canadian athletes.